Selected papers from ICTACSE-2017 and ICTACSE-2018-SUMMER were invited for their full versions to be published in Ankara University Communications Journal Series 2-3.

Mehmet Serdar Güzel received his bachelor degree in Computer Engineering at Baskent University in 2004. After the graduation, he started to work as a software engineer at Havelsan (Turkey) software and systems company, having business presence in the defense and IT sectors, until 2006, after which he started work in the Computer Engineering Department of Ankara University as a research assistant, and completed his Masters Degree at the same department in 2008. He finally completed his Ph.D. at the School of Mechanical and Systems Engineering (Robotics and Mechatronics) at the University of Newcastle upon Tyne, UK.  Since then, he has been working as an Assoc. Prof. in Ankara University. His main fields of work are vision based robot navigation, Swarm Intelligence, Computer Vision, Deep Learning and AI for Robotics.

Swarm intelligence is a scientific discipline, inspired by the behaviours of social animals. This discipline includes the fields of swarm intelligence and cooperative robotics to organize and coordinate robots to solve challenging problems in a reasonable amount of time. Centralized control algorithms in multi-agent systems are not practical due to their dependence on global information.  Consequently, despite the challenges, decentralized control laws for groups of autonomus robots recently have gathered lots attention from researchers in the field of swarm intelligence. Each agent in a decentralized control law essentially employs a simple control behaviour. These local behaviors and the quality of interaction occurred between agents allow the robots to complete the task successfully.

This study introduces a new decentralized approach for the navigation problem of multi-agent systems. The approach employs probabilistic finite state machines and Virtual physics-based method respectively. This approach assigns each robot into a group and allocates a leader for each of them that essentially causes agents in the swarm to agree on attending a group and allocating a leader for each group in a decentralized manner. Each group also employs a pattern formation algorithm based on a geometric model that allows them to preserve a certain distance between group members during the navigation task. This algorithm enables robots to effectively steer towards a specific while avoiding obstacles in a coordinated manner. Several experiments are conducted in a realistic 3-D simulation environment in order to verify the overall performance of the proposed technique. The results are quite encouraging and outper form most of the state-of-the-art results.

Call For Papers and Abstracts

Registration fee can also be paid at the registration desk.
NOVEMBER 23th, 2018 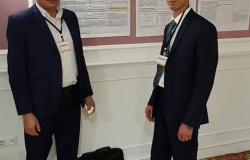 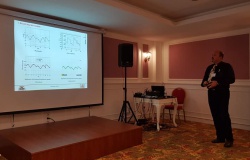 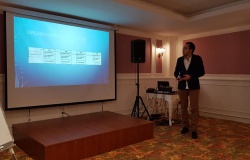 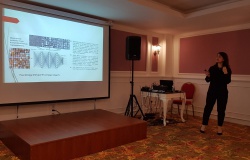 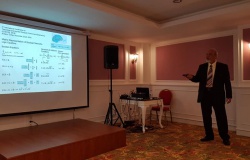 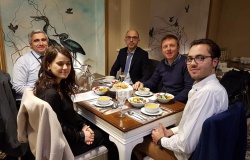 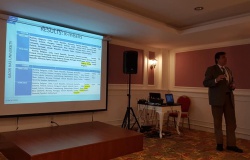 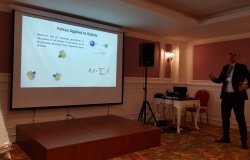 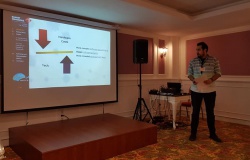 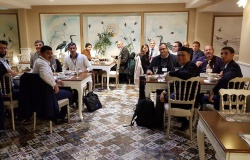 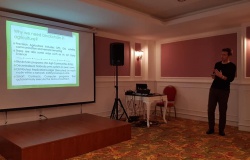 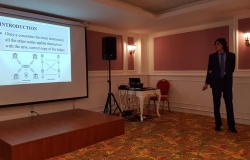 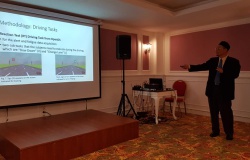 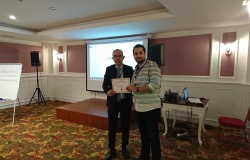 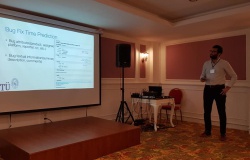 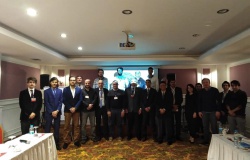